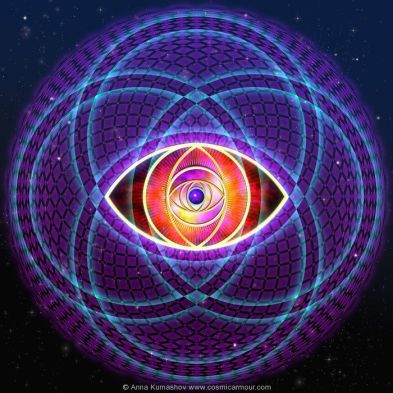 From the pages of MIKE EYE‘s

SOMEWHERE JUST INSIDE THE ANDROMEDA GALAXY, THERE HOVERED A massive, silver-white structure that had Once-upon-a-time been Divinely locked into place, forged out of cosmic ectoplasm, and fixed with walls of platinum-sheathed titanium alloy. It had long ago been assembled supersonically by a fusion of flittering feminism on most High, during the final dark decade of a chronic Kali Yuga: the culmination of one of Earth’s never-ending End-times.

This exact location would soon prove to be a most momentous one.

The due time was almost here. It would be just days until the release of Fletcher Munsin’s almighty atomic seed into the doomed planet-womb surface of digital wastelands and indigenous atrocities all fed by Fem-dom.

Upon the surface of an Earth now so close to death and destruction, amongst the deformed, uncivilized indigenous female tribes, a new sacred assembly of female spirit was finally about to commence as the natural cycles of time would come to coalesce with a most critical epiphany had by the Head Hankerhawks of Bry Dellows to soon bring about the Fifth World which would spawn from the constellation of Aquarius.

It was a passage of the sacred message delivered by noble Nammu of Europa that would and had set the tables in motion for this.

The time for the Mother’s sacred seduction was nigh, as was the proceeding time for her misadventures in outerspace with Amrita and the corpse of Fletcher Munsin.

Twelve elite, courageous Hankerhawks of the most pious dominion were now finally able to combine with a Wicked thirteenth power, the one notoriously known as Mother Magdalena, to convert into One compelling collective that would combust into a large concentration of the brightest, albeit, frozen, light.

Assuming the contour of a fully illuminated Metatron’s Cube, the glowing orb of light comprising the thirteen Wicked women set celestial sail, gathering together the willpower to try traveling along the mangled psychelectromagnetic waves of a dying Earth. But with this New Light, this Higher Consciousness activation triggered by the deliverance of noble Nammu of Europa, the glowing orb-cube was able to traverse swiftly and easily over the spread of geological expanse like never before as it envisioned its own presence beyond the conditioned singular stance of the more simplified separate Sister, and so coming to catch a Hallowed Vision of the near future.

The orb-cube of women projected its Consciousness throughout the entire Higher dimensional field while consequently and simultaneously fueling a burning intuitive aspiration, as a new hot whole, to determine the exact whereabouts of the last remaining Godhed; they felt the Divine right time for the sacred seduction was nigh. According to present Insight, orb-cube navigator Magdalena was now certain that by this point there was only one man left, and he would be the One.

The next instance was thoroughly unexpected by the Head Hawks of the Cube: the High Light of their select configuration abruptly found itself detached from the planet’s gridlines, flinging off of them promptly to be shot into deep-space. Meanwhile, more and more Loombugs upon Fucked-Earth’s surface began behaving even more maliciously than usual, tactlessly inciting scuffles with one another, comets shooting through the sky above. As a number of all-out senseless brawls began breaking out among the Loombugs down below, the orb-cube of elite sisters continued to follow its revered course which was suddenly taking a new direction away from Fucked-Earth.

Cruising at light-speed through the Milky Way, the shimmering orb-cube of High sisters received a psychic transmission that brought collectively into its conjoined consciousness the personally encoded, and Earthly aligned multidimensional, inner schematics of the Human/Earth Templar Template. It manifested as Enlightenment on an etheric plane of existence, with a single, sudden bio-neurological flash of a mysterious still-image Symbol Code shocking the all-white Angelic Soul Fibers of the Damned that sewed together the unholy Hankerhawk orb-cube union that was Mother Magdalena’s Cube of the all-encompassing Metatron. This image flashed in the Mother’s conscious memory repeatedly as she cruised toward the edge of the galaxy at lightspeed with her sisters. Although not yet able to take the stargate route to the neighboring galaxy of the Milky Way, the orb-cube of High sisters all simultaneously were still able to gain awareness that, nevertheless, it was Andromeda that would indeed be their immediate destination.

Upon this most dour Eleventh Hour, the illustrious Unholy Cube of Metatron came to be lulled enigmatically toward the nearby galaxy fast, fully concentrated within itself, and growing increasingly aware of the current epoch’s status. The mighty Hawk amalgamation intuitively sensed an all-too picturesque, ultra-melodramatic climax in the loom. 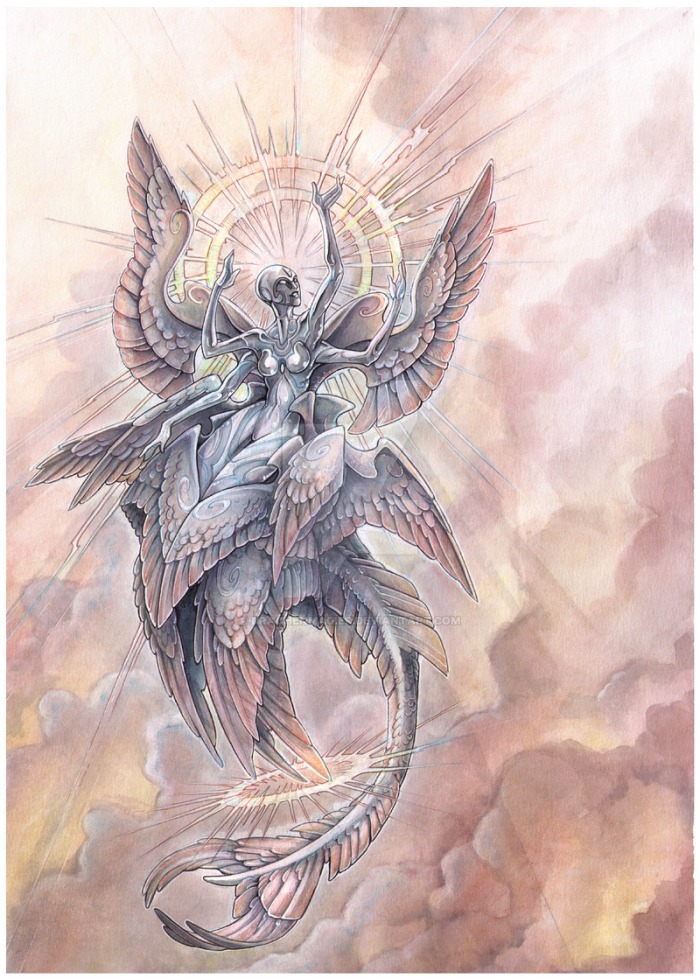 Contemplating to its conjoined self as it fluttered on its way, the orb-cube recognized the True Emotive Source from which the lure beckoned; the orb-cube came to see that it was indeed riding on a path that hailed from a most strangely familiar sanctity of superiority, calling upon it now to a specific location that would trigger within the Mother’s Metatronic Consciousness specifically an incredibly important Insight that would undoubtedly assist it in remembering something very special and prudent to this juncture.

The mysterious lull the orb-cube of Hawk sisters was responding to was in fact orchestrated by the power of an aquatic duo that had Once formed a pact that would allow the mighty counterintuitive force of Metatron to nevertheless continue existing forever. The pact was mandated by none other than the almighty Lachrylon. The One member involved in the pact was that watchful humble entity currently stationed in a synchronized jungle location, at the very bottom of the warmed South Pole of Immortal Earth, focused in deep thought inside a cool pool that separated a small, gentle flowing stream. The other One humble entity involved was, of course, the brilliant mystic Al Rodnam — the actual Last Godhed on Fucked-Earth, and an Avatar most significant in this tale Eye tell. 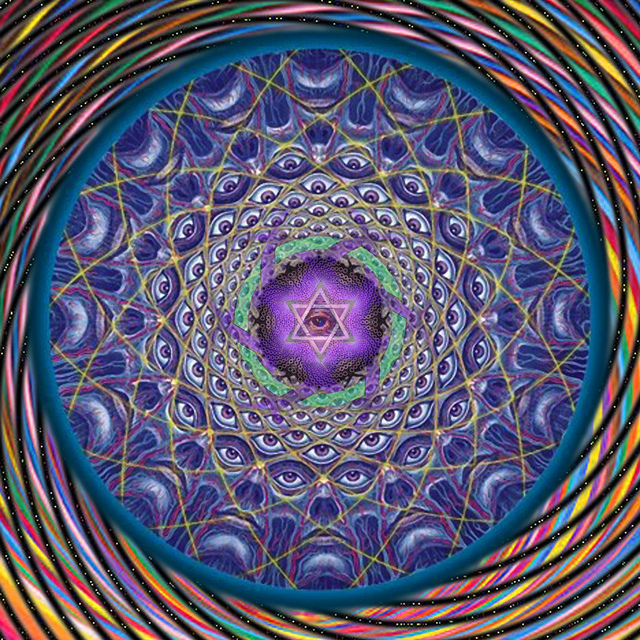 Approaching the inside of this neighboring galaxy, the orb-cube now came to a halt as it befell the magnificent outpost before it, instantly identifiable to it as the sacred safe-haven it had individually — but as a collective — built during a place before time. It was an outerspace biodome that had been supposedly originally constructed with the purpose of functioning as a transitional location for the human race, or even a temporary holding chamber for humans, perhaps, until, either it was safe for the race to return to some post-apocalyptic future-Earth they Knew was inevitable, or someone had found a better, more suitable place to live and would be willing to welcome others into the new community.

Because Earth always had dire times such as the End-times now transpiring.

Wreaking with a melancholy reminiscence before the biodome, the illuminated entity now also somberly recalled how, no matter how hard it had tried, it just simply could not find any possible way to replicate an Earthly ecosystem and maintain a balanced homeostasis within this dome of Andromeda. Not even one single plant was able to be grown inside it during experiments, even with employment of the extremely Highly advanced technologies the Hawks had received from their totally loving giant-dolphin counterparts from Sirius B.

The problem with the biodome was, the sisters now finally plainly realized for the first time, was that the Hankerhawks of Earth hadn’t been Tantrically Bio-engineered with the Wisdom to see that Earth technologies were meant exclusively for, and functioned only within, the psychic, geo-electromagnetic conditions of the planet and its inhabitants. Even the most potent consciously-directed work of the Soul of a Master Templar Initiate who had genetic bonds to the original organic arrangement of the creation of the Earth wouldn’t be able to make any Earthly grain or vegetable grow inside the biodome, simply because it was a biodome, and a biodome in another galaxy, and not Earth. It had Once become apparent that the human race, no matter what condition its biology had evolved into, was not yet ready to exist anywhere that wasn’t its familiar third rock from the Sun. And it wasn’t until now that the elite Hawk sisters of the orb-cube now altogether came to remember this important fact. 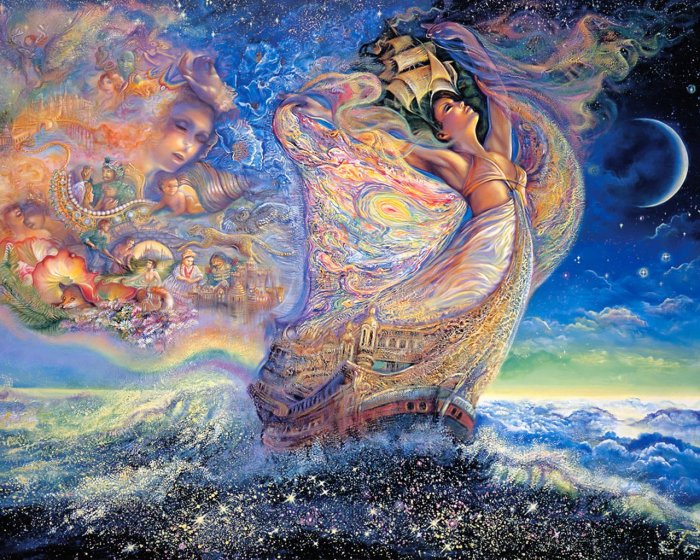 The mighty amalgamation of the Head Hankerhawks absorbed the all-powerful energies from this archaic, listless embodiment of their prehistoric Soul Creation until its collective consciousness finally came to realize why and how each of its counterparts had currently gelled, so coming to find the very reason for why it had ventured out to the cusp of Andromeda at this very particular moment in time.

There had been an Emergence.

Hovering beside the dome, the glowing orb-cube became fully Enlightened as it finally retained the real purpose of this structure, which couldn’t be recognized until this very moment right now: this site was to be the Hallowed grounds for the contemptible Conception of Mandorla.

It was subsequent to this intense experience of Enlightenment received by the innocent Observation of the Andromeda Biodome by the Head Hawks that the conjoined Thirteen elite sisters were able to consider the hunt for the Last Godhed under a completely New Light and High Guidance. Equipped with this new flash of Insight, the glowing orb-cube hastily shot back toward Earth with renewed excitement as the sisters altogether now Knew something very crucial they hadn’t previously.

The Cube of Metatron coasted through the cosmos, this time leaving in its wake a star-dusted trail that constellated its candescence with shimmers of the High Wisdom that had just been acquired.

This time, the shimmering figure knew exactly where it was going.

Yes, the Mother and her elite Hawks writhed around in ecstasy inside the orb-cube as they shot back toward Earth, having become fully aware of exactly where the Last Godhed remained.

This time, the Hawks wouldn’t even need to give any effort to locate him.