Current Events: “What’s in a name?” High-jacking the power of words & associations, by MIKE EYE 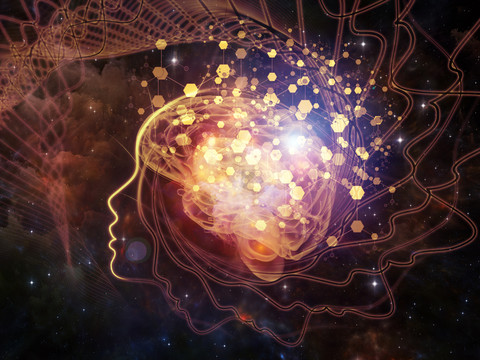 What’s in a name? Before the new millennium, I never thought much about the power of names. I hadn’t any idea that there could be so much extra baggage metaphysically attached to someone’s name. Just like how now-a-days, you can embed the track name, number, and genre in one MP3 song file, unnoticeable attachments are quantumly combined with the actual phonetics, pronunciation, and association of the names of people, places, and even things.

For example, when I say the word “ISIS?” What’s the first thing that comes to mind? Do you immediately think of the lovely Greek Goddess of fertility? I used to, until the media purposefully sabotaged the word “ISIS,” forevermore associating it with a group* of misled, brainwashed barbarians with chips on their shoulders in just the same way Donald Trump has sabotaged a group* of our country’s representatives known as the Republican Party. By the exploitation of names and what they’ve come to represent.

When referring to the militant group*, “ISIS” is the name chosen by the media to be used across the board, and it stands for the Islamic State of Iraq and Syria. Now, anyone who’s done just a little bit of internet research knows that, not only does this militant group* NOT refer to themselves as ISIS, but are trying to expand their territory and terror worldwide, as I understand, as we have seen with what’s happened in Paris, Brussels, and our US. I’m pretty sure all US media is owned by one person, that’s why all the news stations have exactly the same formats and stories and times. This One person, “hidden behind the curtain,” cleverly avoids the stigma of the group* mind and is left undisturbed. By insisting on using the majestic, compassionate name of ISIS, goddess of fertility, to independently describe this insane militant group,* who represents the opposite notion, the media has been using the simple and powerful, effective psychological phenomenon known as reverse psychology on us, and through constant repetition on many dimensional levels. Not to mention the media has forever tainted the essence of one of my favorite heavy metal bands, ISIS.

That leaves us with two other names publicly used to supposedly represent the same evil terror group*. For one, the government has never referred to this group* as ISIS, preferring to call them ISIL. This acronym stands for the Islamic State of Iraq and the Levant, the Levant being much more land than just Syria. But still, from my understanding, I thought that this “terror group,*” whatever they should be called, wanted to take over a good part of, if not the entire world, and perversely murder any person who didn’t “submit to Islam.”

Which brings us to the other “name” describing this “terror group,*” the “Islamic State,” which, besides articles online, I have seen this term being used on public television, and is the name that the group itself prefers to be called, if I am not mistaken. It’s more than just the first “I” and “S” in ISIS; their purposeful omission of precisely WHERE their “Islamic State” IS in it’s name is very curious. I imagine they may be trying to let the world know that what they stand for and who they believe in, and what they do, is actually Islam, the name, and everything it represents. President Obama has spoken multiple times about how he thinks what “ISIL” stands for is indeed NOT what true Islam is about, so now we have a HUGE general mass miss-understanding of what the fuck “Islam” IS, so much so that Trump, should he be president, would implement “a complete shutdown of Muslims entering the United States” and blacklist the so-called “Vanilla Muslims” at Home who “haven’t been radicalized yet” and start heavily psychotronically surveying all of these Muslim Americans as well as resident aliens (not to mention anybody with any diagnosed psychological disorder), as if doing that could actually solve the problem of what he calls “radical Islamic terrorism,” or what Obama might call “acts of terror.”

Now, I hate to quote Rush Limbaugh here, I don’t care much for his views, but here is a quote from him that describes a great example of what, really, “is in a name.”

“I think [President Obama]’s got a different audience for the term [ISIL]. I don’t think he’s talking to the American people. I think he’s talking to Iran. We just heard Walid Phares say that Obama’s linkage here is not to oppose ISIL because Iran supports ISIL, and it’s all to do with the sectarian violence between the Sunnis and the Shi’ites and the fact that Iran capitalizes on the sectarian violence, does not want it solved because they hope to end up controlling the entire Levant — uh, sorry — region. Didn’t mean to say that.”

Even if Limbaugh is not correct with what he’s saying here, he’s still convinced millions of people that he is, or at least has supplied enough suggestion to arouse conspiracy theorists.

So what’s in a name? Literally more than you can Imagine. -MIKE EYE

*group : Never forget the power and terror of the “group mind,” a real phenomenon:

“Whenever such continuity of attention and feeling has been brought about, a group mind, or group Elemental, is formed which with the passage of time develops an individuality of its own, and ceases to be dependent for its existence upon the attention and emotion of the crowd that gave it birth. Once this occurs, the crowd no longer possesses the power to withdraw its attention or to disperse; the group Elemental has it in its grip. The attention of each individual is attracted and held in spite of himself; feelings are stirred within him even if he does not wish to feel them.

Each newcomer to the group enters into this potent atmosphere and either accepts it, and is absorbed into the group, or rejects it, and is himself rejected. No member of a group with a strong atmosphere, group mind, or Elemental (according to which term we prefer), is at liberty to think without bias upon the objects of group concentration and emotion. It is for this reason that reforms are so hard to bring about.”