-From Episode V. of The Aqueous Transmission by MIKE EYE. 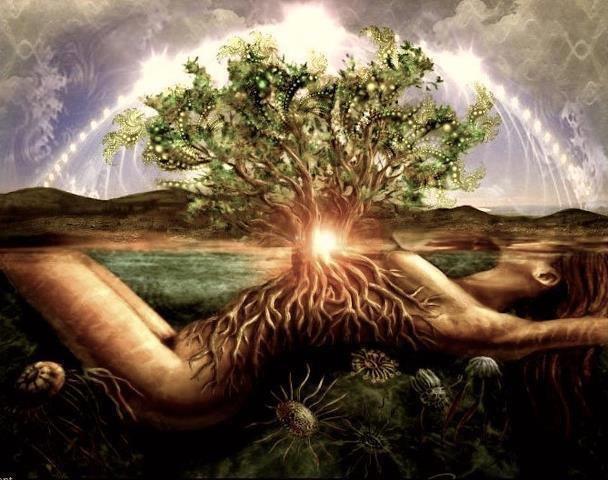 “Here — Lina. Watch this, I caught everything that just happened to you all on video! … Now, let me just rewind to the beginning… okay, here, hun. Watch this recording.”

Lina peered into an opening of Amrita’s belly area that now displayed a small screen depicting colorful recorded digital media in playback, with small stereo speakers on either side. In the video, Lina watched herself taken aback by the hands slowly emerging from the pond.

“Yea, I remember this,” said the Mother.

Like Loading...
‹ ☆ 37. Al Rodnam Prepares For His Ultimate Challenge
#12. THE SACRED SEDUCTION OF THE LAST GODHED’S SHADOW, PART II. FROM THE AQUEOUS TRANSMISSION BY MIKE EYE ›