☆ 31. Amrita Brings Magdalena to Her Secret Underworld of Wonder

INSTANTLY, HER WORLD WAS TRANSFORMED AS SHE JUST AS SOON stepped into a most magnificent warm, tropical environment, with all kinds of lush, exotic flowers and plantlife of the most stunning colors overlying the land that was spotted with wonderful, exotic forest creatures — some airborne — busily bustling about, adding slight, wondrous sounds to the atmosphere. Not a single cloud was to be seen in the sky above, and the atmosphere had a sort of brightness to it that Lina had never seen present upon the Earth she was used to. So extraordinarily bright it was, yet not in the least bit blinding. Lina had noticed straightaway how amazingly fresh the air smelled, as she thought she seemed to be reaching an exceptionally High state of being just by breathing in the air around her. She found it instantly incredible. 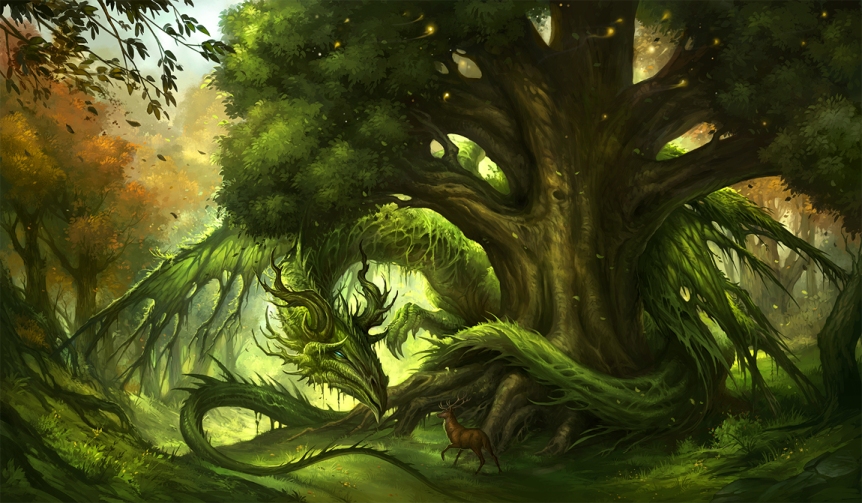 After an amount of time she was not aware had passed, inadvertently too shocked beyond belief to quite remember precisely what had transpired as she strolled along with her pet, Magdalena faintly muttered a few words ever-so-slowly.

High above and all around the two explorers flourished an exquisite lush canopy made from leaves of the enormous rain trees standing tall before them, partly shading the two creatures from above. A generous amount of gorgeous, vivid sunlight was glimmering through recesses in the treetops aloft, the leaves gently swaying in a calm, cool breeze most exotic. Abound all about, amongst these boastful rain trees of a grandeur unparalleled prevailed peacefully countless other tropical trees and plants and flowers of so many different kinds and colors and designs. This was unique, comforting foliage the likes of which Mother Magdalena had never before seen, or at least so she thought. 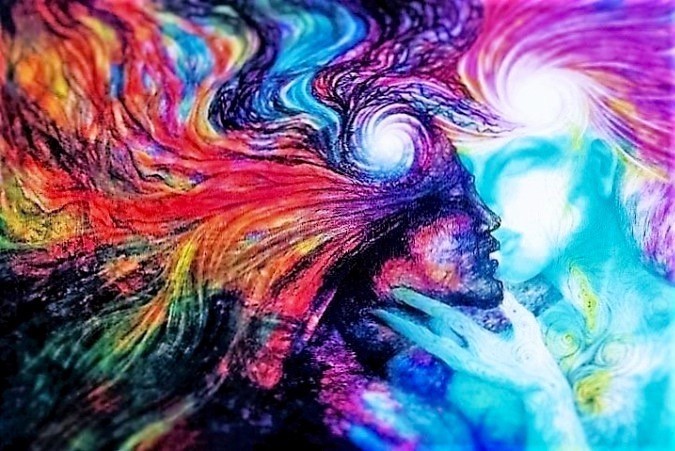 Scores of various peculiar avian animals of the most honorable exuberance dotted the clear sky time and again with quick vibrant flickers, engendering a rich range of chirps and squeaks and calls that diffused throughout the air and generated a perfectly harmonized network of intimate audibility. The middling breeze drifting tranquilly through this exotic land was remarkably fresh.  There were low levels of humidity in the air. No insects of any kind were present. Amid the cool forest shade, the temperature felt perfectly suitable for a typical human-being, with slight calming breezes coming to periodically blow on by.

The ecosystem of this sacred homeland seemed to be striving in complete joy and unity. Woman and serpent leisurely brushed past the flourishing flamboyance of vibrant Monstera trees, the enormous bright-green leaves bearing intricate symmetrical patterns imprinted in curious silver and white designs all over them. The splendor of vivacious Heliconias were also decorating the thick brush of this most striking secret jungle. Lady and Serpent continued to meander on through the enchanted rainforest, the woman totally awestricken, soaking up the scenery most pleasantly as the two of them stepped lightly through the greenery, the profuse colors and patterns of the undergrowth clutching their Heads in a light trance as these magnificent tropics that sprawled out as far as the Eye could see boasted a most profound vivacity just by Being, and being Observed. Magdalena Saw how perfectly harmonized this flourishing environment in fact truly was.

“I certainly can understand why you’re speechless,” said Amrita softly after a while as the two ever-so-leisurely strolled along, their Heads slowly rolling around in all directions, taking it all in, their glances glazing over all the remarkable wildlife striving so vibrantly all around them.

Striking sounds of strident, sensual birdsong merged with the surrounding area and started to coalesce with the resonance of the gracious trickling of a small Waterfall to be Heard in the near distance. Magdalena grew excited as they approached a thin, fresh fluidic ribbon wavering peacefully on through the wondrous jungle. The Mother quickly scurried up to the edge of the fresh stream upon sight of it, Eyes growing wider with each nearing stride and she came to drop quickly to her knees atop the cool bank upon her approach, posing to pucker a pout as she proceeded to purse her lips with poise, sucking eagerly against the placid fleeting rivulets. 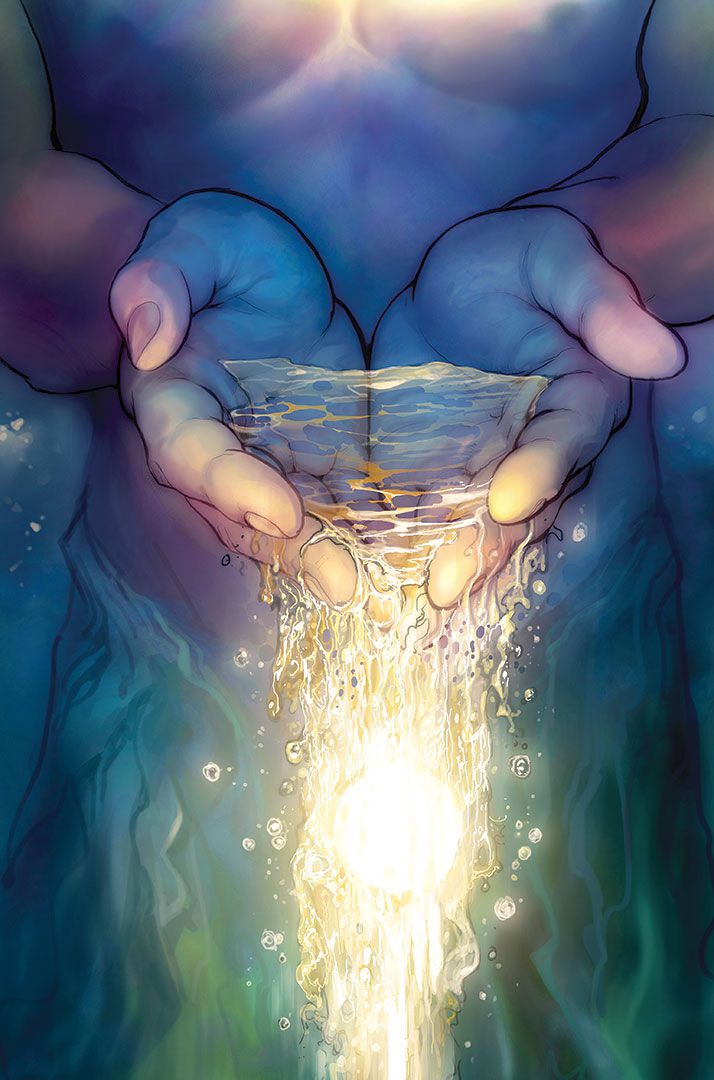 After several sips of the special Water, Magdalena splashed some of it over her face with flawed modesty, executed with mindful rhythm several essential breaths of air most pure, then immediately thereafter took an innocent peek at her reflection in the Water. This reflexive gesture, in retrospect, had appeared to the woman to be involuntary Once she re-assessed what she had just done; she felt unconsciously compelled to see her reflection immediately following her freshening. Noticing her ignorant reflexive reaction for what it was, Lina received swift chills straight up her arms and back.

The woman was glaring down innocently at a blurry, diluted face she knew to be that of Mother Magdalena. And, as her instincts then directly informed her, she, herself was Mother Magdalena. Although in this place she somehow almost didn’t feel like herself.

In the deep recesses of her mind, as she considerately gazed down into the stream, she thought she heard the uncanny unspeakables of the almighty Solaria assert to her its most powerful articulation. And, within seconds, she figured that this was indeed so, as she slowly began to feel the golden fibers of her familiar translucence Once again wrap elegantly about her lithe frame. Once again, the Mother was revitalized, protected, and sustained.

Mother Magdalena continued to stare back at herself through the sacred Waters of this phantom riverbed as she felt lulled to a most peaceful deliberation.

Lost in deeply personal far-out thought, she was gazing down almost through her reflection. Momentarily unaware that her reflection went fuzzy to the point of unrecognition, her mind started drifting toward possible ideas of how she was to restart humanity and procreate to the utmost.

After a timeless instant, a sacred moment that seemed to fulfill her purpose, Magdalena abruptly came to as she distinctly noticed her throat flare up in menacing pain, unable to hear her own maniacal screams abruptly being released with outlandish, terrible squeals in a most high, disharmonic pitch, a staunch sound that collided distastefully with the beautiful sounds around her, surely unable to be recognized by any of her kin had they been present.

A moment later, upon being jerked back to full Consciousness, her deep thoughts having swiftly scattered all about her, a horrified, deeply disturbed Mother Magdalena saw herself involuntarily splashing her reflection below her repeatedly with a most forceful swing of her hand, wrought throughout her mind, soul, and body with post-traumatic panic and torment. Seconds later, after she had composed herself, glaring back at her was no longer the image of what she thought her Watery manifestation had just fleetingly transmuted into.

For, she had just undoubtedly seen, as her reflection, the wide-Eyed, triple-optic abstraction of the gruesome face of an alive, beheaded Fletcher Munsin glaring back at her from the pond. -MIKE EYE ⊙ 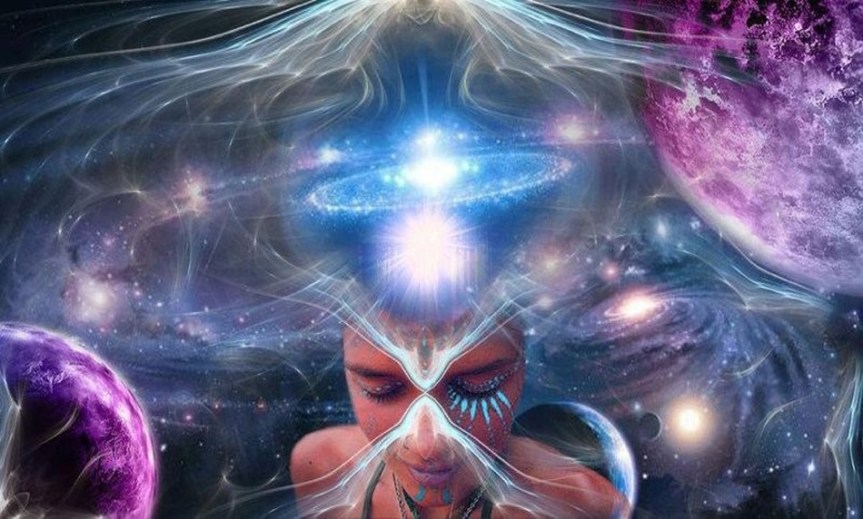