OVER THE YEARS, MOTHER MAGDALENA HAD CONSISTENTLY FOUND herself down and back again within the Inner Earth Sanctum originally shown to her by her most beloved pet, Amrita, whom she now got along with as well as she had during the strange, aggravating days of Rita as a robot. Eventually, her sister Hawks came to join her in her secret, special visits. Magdalena needed the presence of Amrita in order to enter the secret Stargate at the edge of Bry Dellows, and it greatly widened her Ajna Chakra — which by this point ‘around the circle’ perpetually glowed vigorously up and between the brows of the Mother, emanating outward in pulses of supersonic multidimensional audible waves; Magdalena usually kept Snake-Rita coiled around her Head like some serpent crown, which was very much okay with Amrita. The serpent crown, along with the lush, throbbing shining of her multihued Ajna, together with the glaring glittering of her great golden garment, gave the Mother an aura that lent to her a look and overall disposition of the Highest, most artful, metaphysical and biological articulation. Notions of raw sex stained the sight of any observer to gaze upon her countenance now, her dark, hard body subtley unleashing fierce undercurrents of potent, brain-numbing energies that naturally hard-wired the brain of any observer to become locked-in and hard-wired to Imagine Intense filthy, sexual thoughts about the Mother Magdalena. Her almighty smutty lure had eventually begun to frighten most of her sisters despite their familiarity with her.

The Golden Magdalena would make her routine visit to the luxuriant Inner Earth Sanctum with her silver Hawk sisters exactly every twenty-eight days for a regular recharge and Rebirth of her Spirit, at always the very instance whereupon she would perpetually perceive her prodigious power perishing. These relieving rejuvenations were had also by the other Hankerhawks during these times. And they would partake in the activity together, in Silence. The Mother would Ritually revitalize her mighty golden dress at this splendid pond that she had Once taken sips of Water from during the very first time Amrita had taken her to the Sanctum — a clandestine Queendom, she came to realize, that was a domain exclusively held by that of Amrita, according to Al Rodnam.

This supreme revitalization would keep the Mother Magdalena extremely powerful, and as High in Spirit as her social rank of the Bry Dellows Hankerhawks. It would also keep the woman youthful and gorgeous as ever she was. This was how she would continue to survive.

There was never a single instance Lina didn’t thoroughly enjoy coming to the Inner Earth Underworld, and she absolutely loved all that her serpent pet’s spectacular world had to offer her. It would be that One precise time per Fucked-Earth month, during her so-cherished glorious purification through the emotive pond, that she would also always mindfully let pour her magical menstrual medicine. She wanted to give something back.

Not because she felt inclined to, but because she kidded herself that she actually wanted to, and it felt amazing to her. 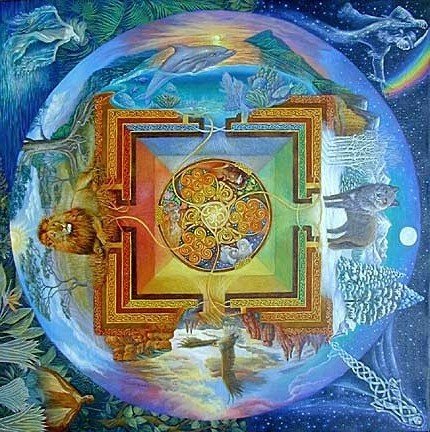 This time of month from within the Immortal Inner Earth as well as from within its ever-be-doomed Fucked-Earth counterpart, was the very time of month that also naturally would have found the Moon fixed Full along its Phase, had it not been already wholly bursting out with brightness due to the Liberation of Mandorla, flowing and bloody to its utmost, exactly matching the Mother’s monthly cycles.

She really didn’t want to admit it to herself, but time and again, Lina would catch slight glimpses of the gory, detached Triple-Eyed Head of Fletcher Munsin glaring back at her from within the reviving pond in exactly the very position she figured her own head should be reflecting.

During the first few times she saw it, she foolishly shook it off, attempting to convince herself it was ‘all in her head.’ But gradually during her visits to the Inner Earth, she eventually began seeing the vision more often, and clearer, shimmering back at her for longer than just quick instances out of the corner of her Eye.

Eventually, it spoke to her.

“You piece of shit,” it had muttered faintly ‘out of the blue’ in gurgly spurts, blood and spit shooting out of his mouth and severed neck in earnest with the effort. “You’re in –choke— serious danger, Mother. You — your sisters — everyone on the planet –choke— is in serious, –choke— critical –choke— danger. Figured you might wanna know.”

The aquatic apparition remained cool and composed despite the ridiculous fragmented hackles he so sputtered, and the impossibility of what was actually now happening somehow occurring anyway. 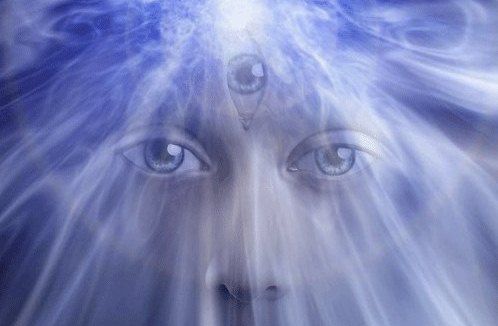 A great lump of glossy innards of the familiar deathly talking head reflection slowly oozed out the bottom of its severed neck in super-thick burgundy entrails as it continued to speak with a curious and exceedingly deep, raspy voice, ignoring completely his observed apparent discomfort. “Your days –choke— are numbered, you know –choke.”

Lina could not be certain she was simply Hallucinating. She grew angry.

The reflecting head cleared its throat terribly loudly, but carefree. Somehow it could still get its vocal chords working so that it could be heard and mostly understood. Its three Eyes were beaming horrifically in illuminated elucidation as a super-smug grin forged itself forth from the familiar bloodstained face in the enchanted Inner-Earth pond.

Lina shivered as notions of a loathing laced with loads of arousal rose to the surface in her.

And then she wondered why the Hell it was that the Shade of Fletcher Munsin was giving her advice that would save her life, and the lives of Twelve of her Highest sisters. Something wasn’t right, she thought; things were just not adding up. 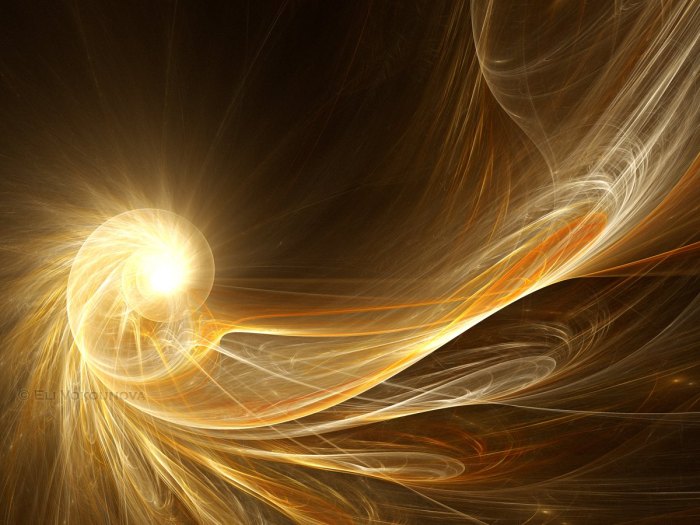 “You will receive an Omen,” the Shade went on, convulsing slightly. “When the -choke- Blood-red Full Moon of Mandorla fully vanishes, -choke- it will be the signal -choke- to quickly gather together with your Twelve High Sisters and -choke- proceed to evacuate to Andromeda at the Biodome at the edge of the galaxy –choke, choke- at light-speed to initiate a Re-genesis of Human Civilization –cough, cough— without delay! This is your only chance. –cough— Everything on Earth will be destroyed.” The throat of the reflecting head of Fletcher Munsin gagged on itself manically, overenthusiastically and as loud as could be, and a fair amount of filthy, glazed drool and blood was Spilt all down his Watery chin.

“Good luck, bitch,” it managed effortlessly in the face of having a look of excruciating torment.

Magdalena felt her shoulder blades and the sides of her neck instantly ice-over, and she released a bold, gratifying involuntary shiver of her entire upper body.

The Mother remained fixed in a daze for a moment, lost deeply inside of herself…

The Mother shook herself clear of her deeply emotionally-wrought reverie. She shuddered. She spat a juicy wad of her bubbly saliva to the side and growled loudly. She wasn’t sure exactly how to feel and her emotions were running wild, viciously seeking to undyingly warp her mental stability.

This was all pretty strange, she thought to herself.

Lina began tossing around the prospects of the apparition’s assumed words in her mind. She didn’t doubt that Mandorla’s Moon of Ruby could and would disappear, she just felt baffled over what she should do when it did. Fletcher Munsin was a spiteful jerk, she knew, but she found that in her cold, Dark Heart, she nevertheless was fiercely attracted to the man for some strange, seemingly unexplainable reason because she wholly believed that she knew for certain that her Fletcher Munsin was indeed the last Godhed that she must hunt down and keep.

But surely, deep down inside, Magdalena had to have some clue as to what was really going on. ⊙

Like Loading...
‹ ☆34. BUGS TO LOOM IN THE PENS OF THE BLOOD PIGS | Part One.
Goodreads | Mike Eye (Author of The Aqueous Transmission) ›

What We do, hear or write .. Always take the Positive Side. If we always take the Negative Side, will always feel less and never be Satisfied. Better A Lot, understand. Rather than A Little, misunderstand/misinterpret. Therefore, do anything on the Aesthetic Goal itself .. It will lead us to Tranquility & Peace naturelover peacelover ☺🌿 VA