ZAPPING THROUGH THE DIMENSIONAL LOCK SYSTEM AND SHOOTING straight into the Inner-Earth Underworld in One super surge, a fast grip around the Staff of Lachrylon, Al Rodnam fastly emerged from his safe haven of Personal Solitude in a great rush, up into the serpent domain of elusively illusive aquatic Evil that was the happy dreamland and tropical euphoric playground of the One High Entity who went by the name of Amrita and took more than One form. It was not long, after having become a completely reborn, sketchily recharged entity, before the eely serpent permanently marked her position atop the Head of the Mother and quickly became Used to ‘spending’ her days physically attached to her Head, Now relating to the Mother in quite a different way than she had Once before.

It was more like the Mother was Amrita’s pet now.

(But the Mother didn’t mind.)

And the Mother Magdalena loved it so. The Highest of Hankerhawks fastly became more easy to carry a deviant smirk now upon her face as she went about her blurry days of eternal dusk instructing the pathetic Loombugs in false and forgotten, mindless ritualistic Runic activity, as usual. It strangely brought upon the Hankerhawks a mind-numbing-style comfort that preoccupied them with diversions of a subversion that brought pleasantries of perversion.

Over the course of several generations, Magdalena and her fellow Hankerhawks would disappear every now and again in small groups to venture into Amrita’s world and recharge their High Spirit Identity reserve banks with precious Earthly Manna, a process that always brought with it a certain kind of High all its own, and to each Hawk alike.

All the Hankerhawk women fed on this.

And they all got to seemingly forever physically embody perpetual grace and beauty, and a super-powerful longevity that collided into the Highest, most ironically egotistical standards of living down to a full-on fashion-fail gig-flop, all made-up and flitting around like corny thespians overdone, charred, always seemingly effortlessly all washing themselves together with the Water each time they entered this world, absently letting seep into their slightly sweaty fresh pores the semi-ever-enduring jizz-juice Revitalization of the enigmatic lake of a most pertinent, potent fiery rejuvenation.

Call it an indigenous, territorial female obsession to become enamored with a Glamour most possessive.

A Glamour most possessive, indeed.

It was more than merely remaining youthful and extending their survival.

All this they gathered from the pond like drugs in irresistible drips, the perceptive, subsisting Hawk Women coming to maintain resourceful power in their teacher roles back at Bry Dellows, far above the little Loombugs they pretended to love.

The Hankerhawks all knew instinctively that they were doing something wrong each day by fulfilling those expected roles of them, but cared not at all of that fact, or what it may mean; the women never even talked about it amongst themselves.

Al Rodnam swiftly swam up through the cobalt crystal aquatics and emerged at the top of the youth-keeping pond of Inner-Earth in slow-motion, up and into a big, yellow burst of sated, soothing warm Sunlight mixed with grey dabs of sparse shade that was instantly ever-so-relaxing against the old man’s dark, aged skin.

From within the pond, it felt for an instant to him as if his raw mystical hide were as soft and wet as Mother Magdalena’s skin always appeared to be — such perfectly pure-seeming skin to the touch. The Mother’s skin always had such an enduring glow; perpetually shining subtley with persistence it continued to be, and with electrical sonar pulse ripples that shot curiously outward from her stride. These electrical ripples had a much more profound effect on her sisters, who were graced by her radiance on a daily basis, than they would ever realize.

Not to mention the effect it would have on One Godhed.

The Mother Magdalena was all-too captivating.

The old man sighed in his melancholy reminiscence. Alas, Al Rodnam Knew how Mother Magdalena’s skin felt only through the metaphysical attachment he had with his Shadow, Fletcher Munsin.

The old man, still partially submerged in the Water, almost didn’t realize it was actually heavily raining out. Much to his astonishment, the warm Waters were in fact powerfully pouring down in sporadic spots, separate clusters of perfectly proportioned downstreams most Peaceful and precisely leveled to the flat surface of this mysterious midland, as straight as could be, and not a single breeze of wind arose to blow the rain about so. Dazzling Sun showed through the fluffy clouds in its serpentine patchwork fashion, and around the pattern of gleams waltzed dusky, dark-blue, almost foggy billows that slowly drifted westward, some small curious patches of Air interspersed with the gusts diffusing about the Serpent’s surroundings.

Al Rodnam and Fletcher Munsin, both, each liked to consider himself rather receptive to the Serpent’s World; after all it was he who had first revealed to Amrita that there was something quite powerful and important about her interchangeable, ultra-biological, advanced rate of metamorphosis that held within its biological and spiritual structure the Key to the portal-door of a World she had Once created with a few others of like-character, but had not Come to be Aware of during her time existing as a chiefly mechanically-powered full-functioning, animal-like, sleek-looking robot with feline tendencies who somehow possessed the relatively uncanny power to become strangely affectionate. And Enlightened. But in this moment, the wise mystic felt totally alienated from where he now floated, and for a reason he just simply could not come to terms with.

Despite this absent sentiment he Knew was a part of his Nature, however, Al Rodnam Now found himself lulled to a most peaceful deliberation as he forcefully interacted intuitively with the regional, native energies.

He was soon overcome by an incredibly overwhelming Sadness that slowly seeped into his senses. It strode across his synapses in woe, delivering to the old man deep, inky diffusions of melatonin into his Head. He came to realize that the Melancholy now striking him was bringing about the deepest Sorrow he had ever felt. His throat painfully swelled to a high knot that blocked his breathing rather disdainfully, and the old man’s Lost Innocence altogether Flowed fully into his primary Consciousness in a rush, his Heart literally cracking at One corner as he sharply shed desperate Tears of a crushing despondence the likes of which made his torn, hollow-feeling Heart then shudder in a grey shaded Shame.

After an extremely Intense moment of Self-Actualization, the old man was suddenly stricken with the abrupt realization that he was slipping into shock… but, upon further examination of his body, came to see that he was not.

But it sure felt like he was, he thought to himself. He saw that he was shivering all over.

Then the old man’s Eyesight came into focus just as he was discovering the ever-important relevance of his surroundings — almost for the first time — and his Head was slouched over dramatically to One side. He noticed his legs still submerged in a shallow end of the revitalizing Inner-Earth pond just below his craggily knees, the warm, thin Water goblets from the sky still falling pleasurably all over his body and all around him in warm, straight serene streams. 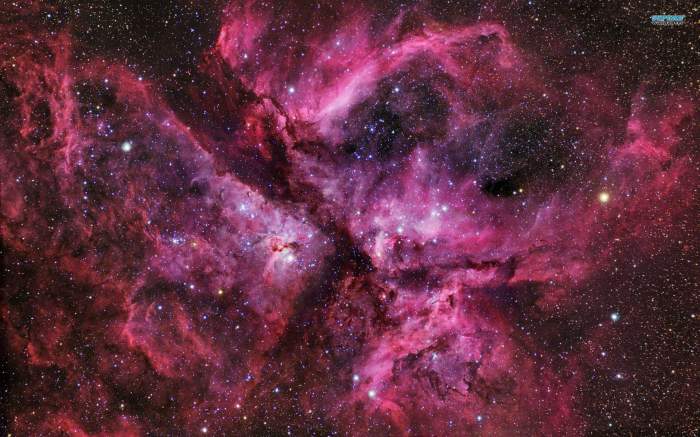 A minute later, still not finding himself completely unmoved, Al Rodnam noticed he was staring straight at an extra-long, suspiciously all-too picturesque soaken piece of Birch parchment lying just aside the stump of a lovely lush Oak trunk that was situated atop the humblest mound of the healthy Inner-Earth soils, over in a shadowy clearing nearby the pond and looking prophetically suspect. Refining his view, the old man could see some sort of inscripture etched into the wet bark.

He stepped out of the pond, softly walked over to his entreatment, and slowly picked up the large, flat piece of soaked parchment and read what was legibly scrawled upon it.

Al Rodnam Looked Up Above at the comfortably falling rain that continued to pour down in straight and thick, very soft and sultry, mysty lines despite the heavy shade of the high canopy of tropical rain trees. Two rainbows criss-crossed each other over a nearby patch of shade. The man remained soaked into the very pleasurable, warm temperate of the rainy jungle tropics. He happily looked around himself in psychedelic astonishment, feeling so warm, and as if he were seeing the world for the very First Time… but as a fully grown adult. Passionate Tears continued flowing down his cheeks and neck, blending with the warm rain. The Last Godhed crouched down just a bit, bending his neck slightly downward against his chest, and heartily bawled his Eyes out for a moment most considerately.

He came to with a shudder, suddenly aware of something strange in his Head, a creeping twitch that straight away returned his mind to the most crucial, most necessary task at steady hand.

The old mystic hurried over to the nearby stargate that led to the surface of the Fucked-Earth Ruins of Doomsday and entered it.