AL RODNAM APPEARED IN MOTHER MAGDALENA’S TINY BEDROOM OF her space-pod as a ghost that No One Saw but himself, From Above. To his left was a horrific display of flesh-gore set about the Mother’s plush, bloody bed, a lump of a twitched body beneath the soiled sheets clearly evident and completely lifeless. Al Rodnam knew just by bearing witness to this disturbing display that, not only was the limp body under the Mother’s tribal bedsheets the recently deceased Fletcher Munsin, but that his Head had just popped off his neck in final fulfillment of his sick sacrifice the moment the mystic had entered the space-pod.

“Wow,” mumbled the mystic inaudibly to himself as he glanced at the messy bed of the Mother, “that was too close!! Praise Be to these Powers that Be that I was able to make it here!” 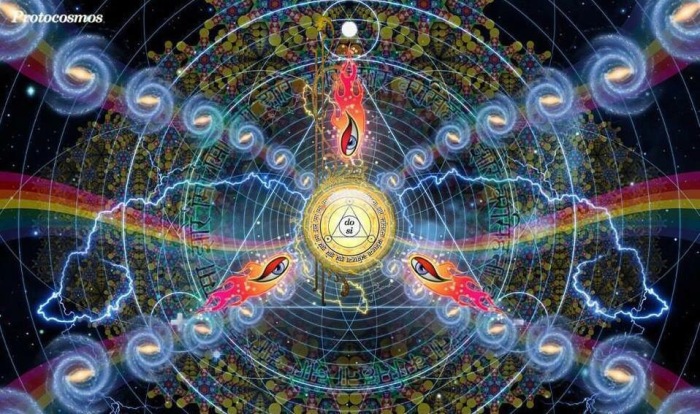 Lying Peacefully in a most beauteous slumber beside his own Dead mortal Shadow of High Attraction, was Magdalena. The mystic now knew that the Mother was presently having the prophetic, psychotic dream of the Source-less Blood-Red Moon and her psychedelically mutating freak sisters, the important dream that would soon lead the Mother to discover what she was then obliged to do upon waking. Magdalena had been spared a fatal Fall into the depthless black pit that her sisters had fallen down into, the mysterious abyss on the peculiar planet that she and her High Hawk Sisters had landed down upon, thanks to the quick and covert manipulation of a preset at the control panel of Magdalena’s silver space-pod that was the clever work of One of the Gilded Grunts who had been harvesting Space-Grain at the Andromeda Biodome during that most significant, most evocative Sacred Seduction long desired to be executed by the Mother Magdalena.

There was a sudden bump and the ship started shaking erratically, causing the Mother’s obscure knick-knacks that were spread across the slight surfaces of tiny furniture about her little bedroom to tremble, and some items tipped over, some rolling to the floor. Then the shaking subsided. Al Rodnam could do nothing but stare at Mother Magdalena throughout the duration of the turbulence, wide-Eyed as could be, trembling a bit with nervousness. He hoped to God she wouldn’t wake up. He knew that she must experience this dream during the nap she now took, for contained within its message, rather explicitly and quite perceptibly, was the very magical catalyst that would initiate all the bizarre occurrences that would cause the Mother to be Enlightened to the forces at work around her, and so Come to live perpetually with a spiritual grudge for Fletcher Munsin, coming to eventually realize reluctantly how the man had ultimately overtaken her façade, and in such a devious manner! Ha-ha!!

A sudden shift in course brought the cabin trembling warily and the walls shook as Al Rodnam lost his footing and stumbled to one knee. Cautiously glaring over at his Sleeping Beauty, he concentrated on the Dark woman’s Eyelids, hoping they would remain latched dreamily throughout the duration of the turbulence. After a few more rumbles of the craft that came to take place before the course slightly smoothed out again, Al Rodnam Praised the Lord that the Mother had not Come Awake.

Al Rodnam became Aware that he now had the authentic appearance of his Godhed Identity.

The old man came to his feet.

Now was the time, he Knew.

The Last Godhed would project his very Spirit Essence into the wavering astral Mind of the Mother to make sure her surprising, life-altering revelation would now be personally experienced within the realms of her sadistic revelatory reverie — the horrifying nightmare the Mother would have of herself in Bry Dellows with her sisters, the Moon to go Missing on a somehow brightly lunar-lit, otherwise normal evening.

Al Rodnam actively entered Magdalena’s dream now to be a spectator, but while able and willing to interfere with the course of its events if he so chose. High, potent Godhed liquid-light plasma-photon fibers of the Last Godhed’s High Consciousness conjoined with a flooding of excess melatonin to enter Mother Magdalena’s Pineal gland, coalescing with celestial circadian rhythms that straight-away carried the old man’s Consciousness of High Intention ceaselessly along the catchy cadence of the sleeping Magdalena’s intergalactic, rhythmic dreamscape.

Finally, the old man thought, my due course has proven True, and most Divine, albeit somewhat devious. And the Last Godhed knew for certain in that moment that his High Wisdom had finally aided him in fulfilling his aquatic paternal vocation, his extraordinary exoneration, his ultimate deliverance.

And Into the Bitch’s Head, and with a most graceful swan-dive the Last Godhed dove bravely, and with all of his Identities at every density level, leveling out fastly to smoothly form mindful breast-strokes as he entered into Mother Magdalena’s choppy brain-pool of loyal Lust. It was, unsurprisingly to the old man, a most soiled, sullen, smutty sanctum, and Al Rodnam Now righteously acknowledged upon soakage that, due to his deliverance, it would indeed be within these depths and from where they flowed, inside this most intimate, Motherly prophetic dream, where the Last Godhed will Come to See through clearly Into Himself Once again. 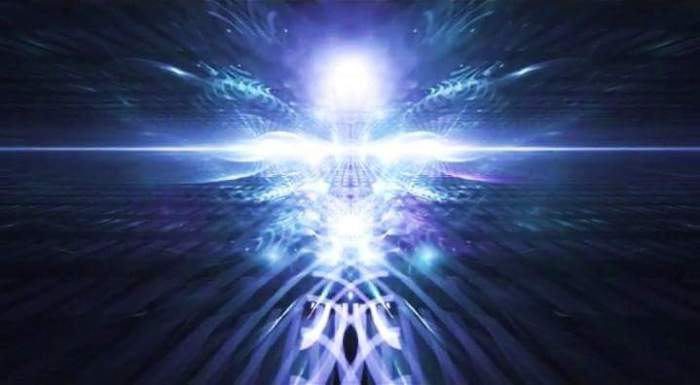