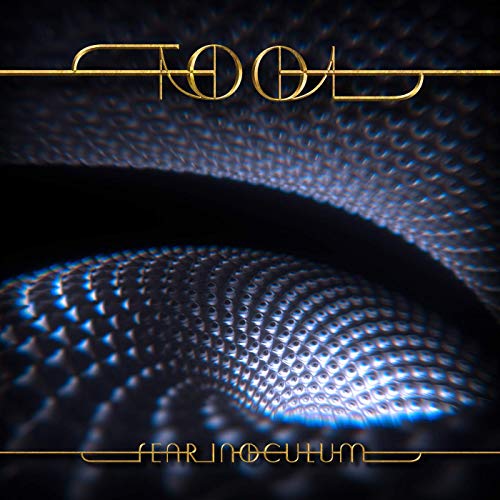 I got into TOOL in 1996 when AENIMA came out. I was the perfect age to be woken up by this album — 13. The rest is history. I consider myself as hard a TOOL fan I could possibly be, having been born in ‘83; as soon as I hit puberty, I got into Rock and Metal music, and into TOOL in particular. At the time, in ‘96, I habitually listened to my local alt-rock station, WAAF, which actually played not just Rock, but Metal regularly throughout the ‘90’s. During the reign of AENIMA, almost every song from the album was played on that station, including not just Stinkfist, H, 46 &2, & Aenema, but also Eulogy, Pushit, and Third Eye. Jimmy would be the only exclusion.

Not that it mattered. I had already bought the album the day after I had first seen the Stinkfist video on MTV (although for some shady reason, it was referred to as “Song 1” only on MTV at the time, not the radio) and had already been studying it deeply, always making sure to listen to it from start to finish. I had NO idea what I had in store for me Once having bought AENIMA for the first time. I remember the physical jewel case of the copy of AENIMA I bought having a peculiar, perfectly cut out smooth puzzle piece in the lower right section.

I always knew it meant something.

Listening to the songs off of AENIMA ripped me a Third Eye and completely enhanced my View on life for so much the better, that by the time LATERALUS dropped in ’01 and I was a senior in high school, it didn’t take me as long to dissect the album as the previous One had. But it still took 6 months at least for the LATERALUS album to be completely absorbed by my inquiring membranes.

In my humble opinion, ladies and gentlemen, it is completely amateur and counterintuitive, not to mention impossible, to write an honest heart-felt review of FEAR INOCULUM this soon. I’m sure most long-time fans would agree. As much as this incredible band has had hard airplay in the past, they were never a “radio band,” which makes their radio feats all the more remarkable. This may be difficult for a traditional millennial to understand, as the internet has completely changed the music industry for the worse since the 90’s.

This beloved, long-awaited new TOOL album will take months to grow on us. It is absolutely incredible and mature. So it will be months from now, I’m afraid, until I give DARK ESOTERIKA’s official review of FEAR INOCULUM because, as with every single other post posted on this website, I want it to be 100% Heart-Felt, and completely genuine.

For now, Chapter 10 will be released soon. As well as my personal current ideas on this shit-culture freaking our children out to be poverty-stricken before the end of the next generation as the POSITIVE outcome for the future, which was yesterday. -MIKE EYE / GO FUCK YOURSELF.KOM

Like Loading...
‹ OUT TODAY! America’s Emerging Science Fiction and Fantasy Writers: Northeast Region
RIDING THE WAVES OF CREATION WITH TOOL ›