What is “Visionary Fiction”?

MORE AND MORE READERS OF EXCITING STORIES EVERYWHERE ARE LEARNING ABOUT VISIONARY FICTION. Because of our current day and age, a whole boat-load of wondrously adventurous individuals who grew up reading deep, thought-provoking sci-fi and fantasy novels that seemed to break genre barriers via their tone and lasting implications now officially have a whole new genre to flock to. Officially recognized under the BISAC (Book Industry Standards and Communications) subject heading FIC039000 FICTION / Visionary & Metaphysical, this “new” (but very old) genre is now a market. Who would’ve thunk? 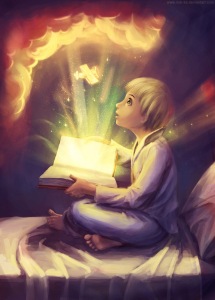 Although Visionary Fiction is technically a subgenre of Speculative Fiction, which is a subgenre of Genre Fiction, the scope of what the visionary stories entail cannot be categorized. And even though Visionary Fiction is now its very own Speculative subgenre, that does not necessarily mean that it cannot also be Horror and Fantasy and Sci-Fi, which have all been designated subgenres of Speculative Fiction all their own. For that matter, I have also always thought that any subgenre of “Genre Fiction” can also be “Literary.” And although the industry doesn’t yet recognize this, it is indeed still reassuring that the confines of the labels of Literature are expanding due to the evolving consciousness of the modern-day individual reader/writer. This itself is a result of the hardening Noosphere. (See The Law of Time’s explanation of the Noosphere.)

Analyzing Visionary Fiction (VF) any further starts to irritate the third eye’s subjective cornea. VF, although extremely heady, is not psychological fiction because of the established inexact science of psychology of which any type of psychological or mainstream fiction piece is inherently based. Also, any Sci-Fi or Fantasy piece is not usually regarded as VF unless it has additional underlying multidimensional significance. And any spiritual or religious fiction is not technically considered Visionary because it is based on an already established set of laws. The point of VF is to stir emotions in the heart of the reader. As the Visionary Fiction Alliance (VFA) states, “If the focus [of a VF story] is active with the spiritual power generated and motivated from within the individual and flowing outward to positively affect the environment, it is visionary fiction.” (See the VFA website.) Even “metaphysical fiction,” although not officially, remains separate from VF in that the metaphysical book is usually based on the story whereas, as according to artist Talia Newland, “in visionary fiction the expression of the philosophy is more important than the story.”

Literature is evolving alongside our personal group consciousness. This fact not only gives us great hope for the future (with the emergence of my now published The Aqueous Transmission), but as well allows us the joy of understanding the vast significance of certain tales of yore, which until now has remained mostly cryptic. In addition, because of our ability to interpret them differently, a current re-read of some of our favorite epic mythic tales will now surely be received under a new light. You’re likely to find that, yes, the works of a few certain legendary authors did indeed break the boundaries of genre before the rest of us did. -MIKE EYE

A certain someone describes the source of the received signal stream…

The Pleiadians share that we “agreed beforehand … that the channeled communications you will be and now are reading at this time would give you the energies of us souls giving you the communications in the best ways that your spirit complexes could use, integrate and handle [them].” (2)

“It was also decided for many that the energies given by these communications would serve to uplift you into your own positions of helping out, and it has been noted by many of you that the channeled communications which are genuine that you started out on so to speak, served for you to lay a wonderful foundation for you to begin the Lightwork that many of you are performing at this time.” (3)

(2) & (3) — The Pleiadian High Council, “Consciousness of our Craft and our Earthly Lineage, channeled through Wes Annac, April 21, 2012, at http://aquariuschannelings.com/2012/04/21/the-pleiadian-high-council-consciousness-of-our-craft-and-our-earthly-lineage/

QUOTED QUOTES & FOOTNOTES FROM THIS PAGE: